3 Research Keys to Happiness in Life

The man is more concerned about his well-being, happiness, and pleasures so that all his efforts are meant to attain it through various means according to their mental attributes. This is not different for a spiritual person where he experiences happiness in different ways eventually expecting to attain eternal bliss. 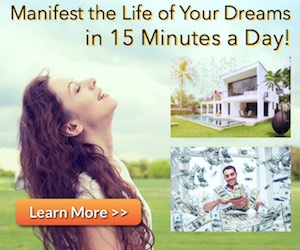 Whatever be the mode of happiness, it is experienced in the same brain as long as life remains in the body and it has a scientific explanation. What defines happiness? Where and how is it experienced? These questions were haunting the philosophers and scientists to dig deeper into it. (Read also 7 Ultimate Spiritual Ways to Increase Happiness)

The psychologist, philosophers, and various religious teachings have given different explanations for happiness and how to attain it. Many happiness kinds of research were done by the eminent researchers and they came up with the following amazing results.

The neuroscientific research on happiness showed that the nature of the human brain has to do more with happiness. The study was done by examining the precuneus area of the brain which was not much explored.

Does Gene Determine Your Happiness?

We can notice that some people experience more happiness than the others in given circumstances. They get less stressed while encountering a problematic situation. Why some people are more prone to happiness while others are less responsive to it?

Minnesota University researchers conducted a study in the two identical twins. These twins were raised in different families under different life conditions right from childhood.

If you are inherited from a happy family then you are lucky to relieve your stress easily. But if you have an unhappy gene composition, you would have hard times even if it could encounter for the 50% of the total happiness.

Nevertheless, --- you have control over the other 50% of it. Not only have you had control over half of the happiness indeed, but you can also even control the genetic composition.

The chemicals produced in the body such as dopamine, serotonin is responsible for the good moods of a person. When one has the same genetic background as the twins, his biological nature as well as the body’s chemicals have many similarities to each other rooted from the predecessors. Therefore, they will have the common gene for the personality traits that are responsible for making them happy.

Research on happiness in children aged between 8 – 12 years was done for accessing the correlation between meditation and spirituality. Studies found that spirituality accounted for the enhancement in the experience of a child’s happiness.

Few types of research such as structural neuroimaging studies have shown that meditation increases the volume of gray matter in the precuneus. Hence, the advanced meditators experience a higher level of happiness. Yet, this is not exempted from the modest meditators. (Read also How to Practice Kundalini meditation?)

On account of this happiness research, there could be a correlation between happiness and the self that happy people are having more sense of the self. Their consciousness is more active than those who experience less happiness.

The Happiness which comes from the long practice, which leads to the end of suffering, which at first is like poison, but at last like nectar - this kind of happiness arises from the serenity of one's own mind.