How many of it really works for anyone really deserves a credit. Mantras for meditation are not apart from them.

In tantric tradition, there are mantras for various life needs. As I noted in the book ‘Crack the Hidden Laws of Life’, most mantras are ineffective unless a guru initiates it to you.

Anyhow, using mantras are beneficial and the scientific studies support it too.  It can bring changes mentally and also the studies noted the physiological changes in the brain.

Are you skeptical about the power of mantras? Then watch this video about controlling wild animals using the mantras.

The connection between the mantras and its influence on the people are unknown. Few scientific studies say about the energy vibrations and its influence on the person’s life. As the quantum physicists say everything is under the vibrational energy. Some say that it works with the principle of affirmations and the law of attraction. (Read also Is Law of Attraction Real?)

Mantras are usually short or long phrases. The most powerful mantras are of few syllables. It doesn’t have any significant meaning. 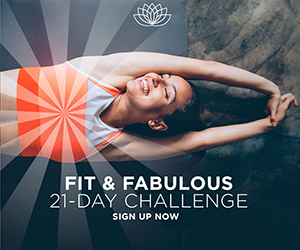 These powerful mantras are quite popular and are OM, SHREEM, RAM, etc.  where they are for the specific spiritual needs of a person.

It has a unique sound. The audible sound is not the limit of the mantra. Its nature depends on the principle beyond the scientific comprehension. It works with the principle of the mental vibrations on recitation according to the yogis.

The advantage of mantras is that you can use it according to your convenience. You can recite it anytime anywhere. Here are few of powerful mantras used for meditation.

You can call it as a mantra. There are few powerful mantras that are having the same purpose and concept.

Aham bhramasmi; so ham; I am that I am; be still and that I am; tat tvam asi; you are that, that you are; tat sat, sat chit anadha are having the same concept referring to the self-effulgent inner self.

Once an aspirant asked Ramana Maharishi,

“I am not learned in the scriptures and I find the method of Self-enquiry too hard for me. I am a woman with seven children and many household cares, and it leaves me little time for meditation.

I request Bhagavan to give me some simpler and easier method.”

Ramana Maharishi: “No learning or knowledge of scriptures is necessary to know the Self, as no man requires a mirror to see himself. All knowledge is required only to be given up eventually as not-Self. Nor is household work or cares with children necessarily an obstacle.

If you can do nothing more, at least continue saying ‘I, I’ to yourself mentally all the time, as advised in 'Who am I?', whatever work you may be doing and whether you are sitting, standing or walking.

‘I’ is the name of God. It is the first and greatest of all mantras. Even OM is second to it.” (Om indirectly refers to I as eventually end in ‘that you are’) ( Read also 7 Most Popular Yogis in the World)

Certainly, we are always referring ‘I’ with the mind ‘ego’. We are looking for something within us. Certainly, distinguishing the subject knower and the object known. It is the mantra to merge the subject and object by enquiring ‘who am I’.

Never consider it as easy. Yogis say everyone is realized but shielded as not realized. The effort to unveil it doesn’t go vain. So, continue with the expedition.

AUM is the connection of the three phonetic components. It projects as the three states

The word ‘OM’ doesn’t have any specific meaning. Different schools of philosophies interpreted it in and around the ‘supreme consciousness principle’. Spiritual texts say that this vibrational energy resembles the creation, existence, and dissolution.

It is the general law of nature. The AUM denotes that nothing is permanent in the universe and these are in the constant cycle. AUM is the projection of eternal. It is the matter of thing beyond the three states which is referring to the eternal. And, we are inquiring it in the projected existential state.

In some occasion, you can chant OM vocally. In meditation, it is better to chant mentally. It invokes the mental alertness and decreases the sensory activities with increased sensitivity. You can feel the energy of the AUM vibration.

Mind easily focuses on this vibration. It eliminates all the thoughts and distraction on many occasions of meditation. That is, you can notice the stillness of mind at different instances even if it is short lived.

This mantra helps the meditator to easily focus and lower the thoughts vibration. (Read also 7 Meditation Techniques to Increase Concentration)

The chakra mantras are the popular bija mantras. These are having unique sound corresponding to the spiritual state of kundalini chakras – the energy vibrations of the chakras.

These mantras are capable of opening the chakras. Commonly used to balance it. (Check the State of Your chakras – quiz)

Sahasrara chakra – I factor ‘you are that’ complete silence, emptiness. You become the subject and object. It is the thuriya state. There is no difference between the knower and known. It is the principle of enlightenment.

When you focus on the chakra with the respective mantra, your mind subsides in it. The spiritual experiences are the attribute of those chakras. The con is that these mantras require initiation.

A mantra in Hindu tradition and considered as reverence to the deity Siva. Generally, Siva encompasses the five existential elements (pancha bootha).

In Indian tantric tradition, these deities are cosmological principles and natural elements. For the common people, it is inferred as the human gods for the better comprehension as I said in the book ‘Crack the Hidden Laws of Life’.

And there have deep-rooted insights as Osho noted ‘how as science and why as the philosophy where tantra means pure methods and techniques’. If your techniques are right, it would work or else it’s a waste of time. Tantra is the science without principles.

Om Nama Sivaya is the communion of the five elements of nature.

Our body exists with these five elements. It’s the bondage. We are not liberal and have limitations. We bound to the body with the karma.

Om Nama Sivaya mantra begins from this manifested one. And, finally taking you beyond it.

A Sanskrit mantra connected with Buddhism. It doesn’t have any particular meaning than abiding in the truth.

Manipadme – jewel-lotus referring to the real. It is the mantra to ponder on the bodhisattva. The non-linguistic opening and closing syllable OM and HUM invokes the same vibrations as in the other mantras.

According to the Tibetan Buddhist, these six syllables represent the purification of the 6 realms of existence of suffering. It is the six causes of sufferings of a person.

This is the sacred mantra of the Buddhist. This mantra has slight variations in pronunciation as to the different accent of the people. In Sanskrit, it is Om mani padme hum; in Tibetan, it is Om mani peme hung; and in Chinese, it is ang ma ne ba mie huang.

If used effectively a powerful mantra to transform yourself. This mantra doesn’t require an initiation. (Read also 14 Best Spiritual Movies to Watch)