It is difficult to find a statue of Buddha or Hindu deities without a specific mudra. This doesn’t mean that it implies any specific meanings or gestures. But, it is an act of heightened yogic state. Even though it is a simple application in yoga, it brings a tremendous change to oneself.

There are five classes of mudras - hasta, mana (head), kaya (posture), bandha (lock), and adhara (base). In yoga, it functions as a lock and controls the flow of vital energy. (Read also Sixth Sense Mind Power Technique - How to Use it?)

Gheranda Samhita mentions about 24 mudras and bandhas that are essential for success in yoga. So, it plays a crucial part in the yogic progress.

Indian classical drama and dance have certain hand gestures and signs named as mudras. But, hasta is technically correct. In dance and drama, it has specific meaning to convey. In yoga, the common purpose of these mudras is to serve as locks.  Both are different.

Yoga practices use it only for a definite purpose.

Not all the mudras are significant. Thereby, the aspirant applies it only when there is a specific need. In the physical body, it connects with the autonomous nervous system.

The aspirant practices these yogic techniques such as Kechari mudra, Mahamudra, uddiyana bandha for a particular purpose in yoga. (Read also 3 Most Powerful Meditation Techniques in the World)

The fingers of the human hand have a direct connection with the five elements of the body. The particular postures of fingers can influence specific elements for the yogic progress.

The yoga mudras don’t imply any specific meaning. There are many incurable diseases in medical science that the mudras and bandhas have cured. Nowadays, it is widely used for therapeutic purposes. Here are a few types of mudras with pictures. 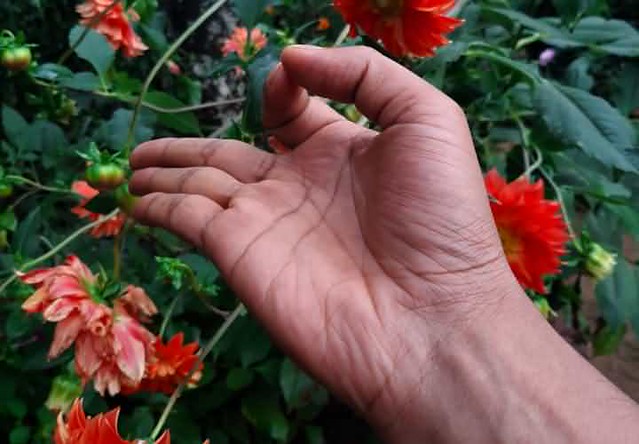 The most practiced mudra in yoga is the Gyan mudra. It enables the aspirant to attain higher levels of yoga. If an aspirant incorporates this lock into meditation, it induces tranquility and enhances the concentration of the mind.

The purpose of this mudra is to lock the sensations and fix the mind. It withdraws the mind from external sensations. (Read also 7 Effective Meditation Technique to Increase Concentration of Mind)

It expands and makes the aura vibrant. It increases mental power. It helps to get rid of addictions.

It serves as an aid for control of mind for an aspirant who is meditating in the padmasana or siddhasana posture. Few other yoga postures also use this mudra.

Chin mudra is similar to it. In Gyan mudra, the palm faces up, but in chin mudra, it faces the earth.

Bring the thumb and index finger closely such that the tip of them touches each other making an o shape. Extend the remaining fingers in a relaxed way.

While meditating, place it on the knees. It doesn’t have any time constraints. As long as you are in meditation or a yoga posture, it should accompany. 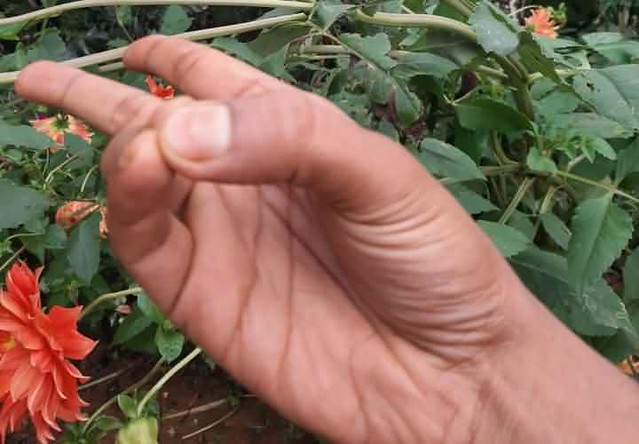 Prana mudra works with the prana system of the body. It is the life force in its subtle aspects. It helps to enhance the prana energy of the body. Hence, it improves vitality. (Read also What is Prana in Yoga?)

It energizes the root chakra. It makes a person active and thereby raises the level of his competence.

As it increases the energy level of a person, his eyes become brighter. It also corrects some of the eye defects.

Bring the thumb, ring, and little finger closely such that their tip touches each other. Extend the other fingers in a relaxed way. 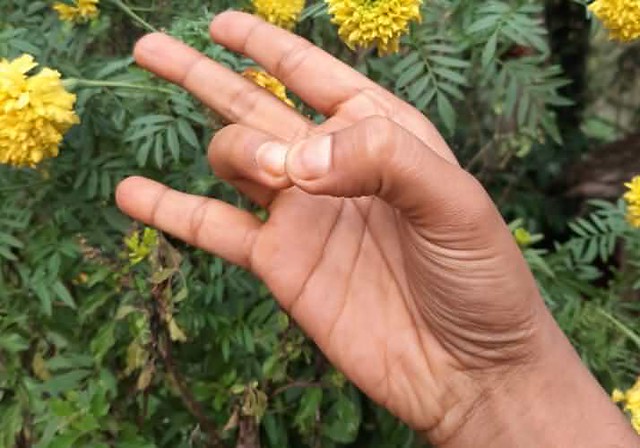 Prithvi mudra works with the earth element of the body. It supports the solidity nature of the body.

It makes the cells, and bones strong. It reduces tiredness. It helps to increase body weight. It helps to cure ulcers.

There is no requirement for regular practice. The aspirant may practice it as per needs.

To practice, this lock joins the tip of the ring finger and thumb as like the Gyan mudra. 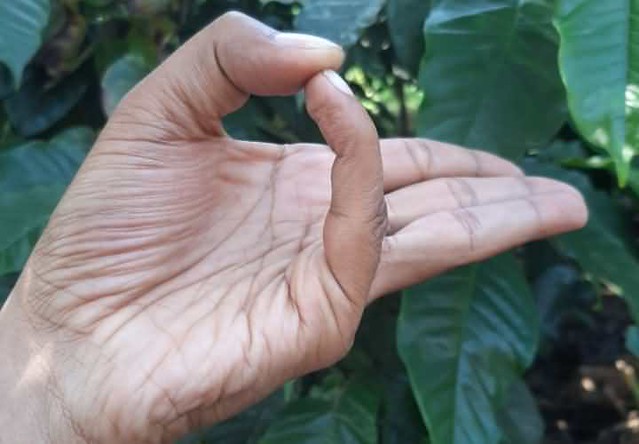 Varuna mudra works with the water element of the body. It is responsible for the fluid aspects of the body.

It lowers body temperature and helps to nourish the dry skin. It improves blood circulation. It makes the skin lively. Hence, the aspirant will have a natural glow and luster in their face. (Read also How to Stay Looking Young?)

There are some health benefits on practicing it. It doesn’t mean that it aims to achieve perfect health. But it plays only a supportive role in yoga.

To practice Varuna mudra, join the tip of the little finger and thumb. Hold it for 10 to 15 minutes. 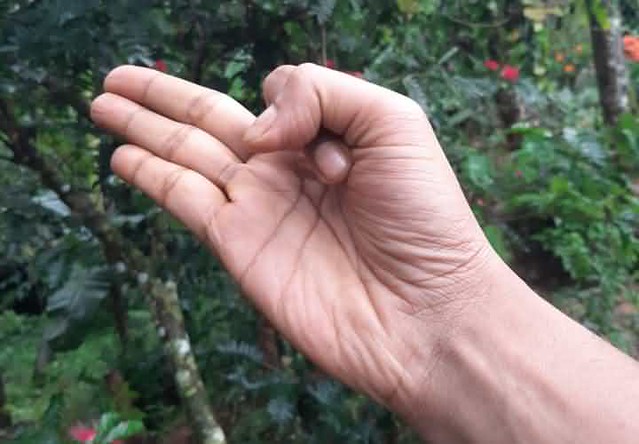 Vayu mudra works with the air element of the body. It regulates the gaseous elements in the human body.

The yoga practitioners say that it helps in curing gout, polio, paralysis, and Parkinson’s disease.

An aspirant should use this mudra only if there is a particular need.

The extended practice may lead to an imbalance in the air element of the body. Practicing it at certain occasions has a greater impact in the spiritual process.

Press the knuckle of the index finger with the thumb. Hold it for 10 minutes. 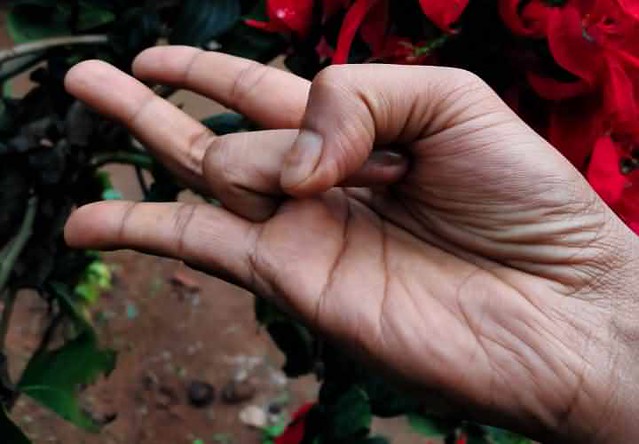 Surya mudra works with the temperature element of the body. Agni mudra is its other name.

Usually, it increases the temperature of the body. So those who are having hyperthyroid, redness in the eye, the headache should avoid practicing it.

It increases dehydration and burns fat. It is a great mudra for weight loss. (Read also Kapalbhati - Effective Yoga for Weight Loss)

People ask, how long does it take for mudras to work? I have mentioned earlier that these techniques are not for treating health problems. If a person wants to reduce weight and add this mudra to his daily routine, it doesn’t help him.

He has to consider mudra only as a part of yoga to accomplish certain spiritual levels. And, it helps in achieving spiritual goals where it would tune the biological body to align with it.

To do this, press the knuckle of the ring finger with the thumb. 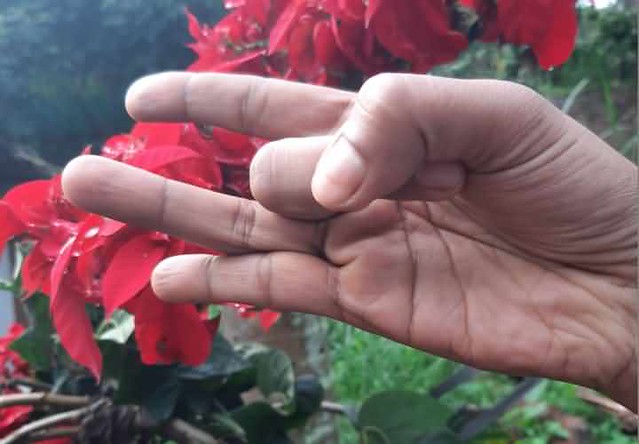 Shunya mudra works with the ether element of the body. Some people translate it as space, but it is an element or unknown state something such as ether according to ancient medical science Ayurveda and tantric scripts.

Space is only a consequence of matter. And, time is an inseparable portion of space.

According to science, there is no matter like ether. Some scientists refer to it as the waves or the interacting particles or medium of interaction between particles.

Atoms make up our bodies. Along with the four states of elements mentioned in Indian philosophical and Ayurveda texts, the Akash is also an inevitable component of the body.

The yogic lock technique mentioned here invokes this part of the body.

It helps to compete with some of the medical problems. The yoga practitioners say that it has a connection with the hearing sense of the body. (Read also How to Balance Your Chakras?)

It cures ear problems. If you have a problem with the left ear, practice with the left hand. Do it with one hand. If you feel numbness, discontinue the practice.