Ajna chakra is the second most important energy center and it is situated in the forehead between the two eyebrows. It is the third eye, the spiritual eye or inner eye as seen in Lord Siva Portrait. You can experience the sensual feelings of this sixth center while meditating as that I mentioned in the book “Why Kundalini Meditation So Special?”

However, the physical sensation is only for those who have activated their third eye. (Read also How to Open Your Third Eye?)

The Cavernous Plexus is the corresponding region of this vital spiritual center. It influences the physical body through the astral body. This spiritual center correlates with the pineal body or the pituitary gland in the physical plane according to the modern authors and the researchers.

I already mentioned that the Ajna chakra resembles with the third eye of Lord Siva. We all have that inner eye but inactive for many people. Opening it leads to higher intuition and awareness where the present science stumbles. 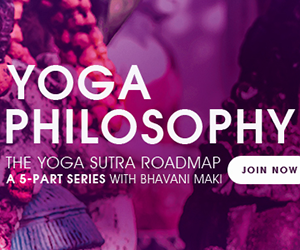 It is in Ajna where the three powerful streams of energy from the Sushumna, Ida, and Pingala get united and directed towards the crown chakra.

Meditating on this chakra benefits in the range from physical to the psycho-spiritual realm. You develop a higher intuition. Your thoughts become more vivid. Your approach to the world becomes rational. Here, you experience your hidden potentials. You feel limitless.

Yogis says if the aspirant deserves, he will acquire the siddhis.

You will have a greater sixth sense abilities. You may realize the supernatural phenomena such as telepathy and ESP are the part of the mind. But, all these powers don't come while opening your chakra. If you meditate on the third eye to acquire those powers, it will be done.

But, the yogis recommend that such an attitude is just the hindrances which divert you from the main point.

Those powers naturally come to you in need and are applicable for your spiritual upliftment. Such as yogi has the power to control the animals if he is meditating in a remote cave. So, wild animals couldn't harm his body. We can find such instances in Indian History.

The intersection of these three pranic forces generate the vibrations in this center. These vibrations are nothing but the AUM vibrations.  Nonetheless, its bija mantra is OM. (Read also 5 Most Powerful Mantras For Meditation)

This is the center where the cognitive mind and its higher intellectual, mental and reasoning abilities exist. The super sensory perception, intuition, insight, etc. get evolved in this state and the fluctuations and the fickleness of the mind disappear as it opens.

The yoga text says that this is the seating place for the mind. With the activation of this Ajna chakra, the mind becomes very strong and steady. This Ajna energy center has the most important role in Shakti-pat process as described in the book “Why Kundalini Meditation So Special?”

In Sanskrit, the term ‘ajna’ means to command which is the specialty of this energy center. This means that the aspirant who has the raised power in the Ajna energy center can control and communicate with the mind of the other person including animals etc.

It is from here where all the metaphysical abilities such as telepathy, astral projection, telekinesis, levitation, and materialization are possible.

His aura gets energized and he can see the aura of the other life forms. There is an elevated level of spiritual energy present naturally in people. The metaphysical activities for those people are possible only when they realize this power, how to control, and unlock these superpowers.

If you are interested to know about your mystical energy and to unlock your psychic and spiritual abilities I would recommend you to get initiated into the meditation.

Doing any genuine form of meditation is beneficial. You have to know that it takes time. Don't expect any immediate results. It is because you have to go through the basic work - spiritual perfection.

The Yoga Sastra says the superpowers are classified as eight major siddhis and thirty-two minor siddhis and the liberated man in this third eye chakra will attain all these siddhis. ( see siddhis or mystical powers)

The superpowers are rooted in this energy center that he can heal others and can influence them. The conflict between the self-ego also subsist here which get filtered out gradually, thus the consciousness gets raised to the Sahasrara chakra and leads to nirvana.

As soon as the Ajna chakra gets activated the aspirant cannot acquire all these siddhis, but gradually he can realize the power. He can notice the changes happening to him and able to control the events in the genuine case. This is cent percent true, that I came through this.