How to Safely Awaken Kundalini Energy?

Whatever be the person’s religious belief, the higher perfection in spirituality cannot be attained unless the kundalini energy is safely awakened in him. The awakening of this supernatural power does not belong to any religious beliefs. Indeed, it's only a universal phenomenon.

The spiritual power ‘kundalini’ is now becoming a popular word even though it is little understood in terms of practical aspects.

This ancient yogic practice was kept secret as it involves many dangers that have to be encountered when not properly implemented. Hence, this technique was taught by a proficient guru who guides him on the right path.

Kundalini energy should is not a hy0pthetical spiritual energy. It's potential is limitless. If an unprepared man tries to awaken this supernatural power, it seems like passing a million volts of potential to a 100 watts electric bulb.

Purification of the physical, as well as the astral body, is mandatory prior to the awakening process. The subtle Nadis play a vital role in the kundalini ascension. Any blockages present in it hinder your yoga practice.

There are different practical methods to safely awaken the kundalini energy in man. All the forms of yoga intend to awaken this spiritual energy in a safe manner.

These are popular practices in ancient times.

The traditional method of kundalini awakening is not an easy process. It takes years of dedicated practice and effort.

Partial awakening doesn't mean only a part of kundalini ascends from the Muladhara chakra. It means all the applicable powers of kundalini is not within his reach.

The importance of shaktipat method is that it can safely awaken the kundalini energy in the aspirant. According to the philosophical text, the awakening of this divine revolutionary energy is associated with the prior karmic presence of the individual.

That is why each aspirant requires its own specific time to fully awaken this mystical power.

The yoga texts say if the aspirant fails to awaken the spiritual power after rightly following any of these paths, his effort doesn't go vain.

Indeed, he is really on the path of awakening this supernatural power which clearly states that “There he comes in touch with the knowledge acquired in his former body and strives more than before for perfection”.

It says that it does not get destroyed and may lie in abeyance and certainly will be carried forward by the tendency created by the practice of yoga.

The kriya yoga meditation involving the training of the mind by focusing on the breath is an effective technique. It's because the awakening of the kundalini deals with the concentration and focus of mind instead of imagination.

This technique directs the life force ‘prana' from the base of the spine to the Sahasrara chakra whereby involving upward and downward motion around six spinal centers.

Focusing on kundalini to rise above should be done in a gentle manner, where forcing this spiritual power to rise above will result in dangers.

Whatever be the technique one should have the proper guidance which I mentioned in the book “ Why Kundalini Meditation So Special?”. This gives a better understanding of this divine energy. 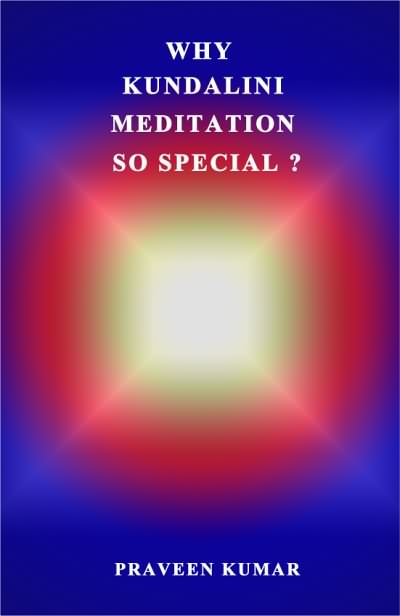 Kundalini energy can be  awakened by balancing the Ida Nadi and the Pingala Nadi and also by controlling the rising Prana and the descending Apana energy. Hence, it awakens through the Sushumna Nadi.

The yogis highly recommend not to practice this technique without proper knowledge. Or else, it would lead to extreme complications. The imperfections give rise to mental disorders as kundalini syndrome.

In some people, kundalini spontaneously activates in the near-death experience (NDE) and in other life, situations. (Read also Twin Flame Kundalini Awakening, is it Real?)

It results only in various traumas and kundalini syndrome which are ineffective to modern medicines as it fails to detect the physical or mental cause. Indeed, the cause is due to the imbalance of the vital life force energy. (Read also How to Practice Kundalini Meditation?)

It's not proper to reveal the kundalini awakening techniques in a single article rather than directing it to that path. If done, probably, it cannot claim as the safe method of awakening.

However, there are exceptional cases. There are few people who awaken it with the aid of the scriptures. But, they had some bad experiences. For some people, it's a perfect awakening. Sometimes, they cannot move further.

Gopi Krishna is one among them and there are few others. He used the sublimation process which involves the backward-flowing method to awaken it. Recently, JJ Semple also awakened this mystical energy through this process.