How to Unlock More of Your Brain Power?

The mind power lays the foundation for the efficiency and performance of all the works done by a man.  The more one uses one’s mental capacity, higher the outcome of the results in his works. He will be able to do a certain task that is unimaginable and cannot be done by a person using less brain power.

The brain is a complicated organ where the mind resides and claims that only the 10 percent of the available mind potential is being used by most of the people.

Why humans fail to use the rest of his mind powers even they are in need of abundance, however, it is dormant within them? It seems one can easily unlock the more of their brain powers when they realize and have knowledge of how the mind works in acquiring these powers.

It is scientifically proven that there are four sets of frequency ranges in which the human brain works.  The beta state is the normal waking state; the alpha state is a relaxed and calm state of mind; theta state is of sleeping state, and delta is the deep sleep state of mind where the mental activities of the brain remain inactive.

These are the different levels of mental state and consciousness that a meditator comes through in meditation.

If the beta state is dominant in a person, he loses perfection in most of his works and the certain task seems incompatible to him. When the mental frequency is reduced through the practice of meditation, the mind reaches the greater clarity, and when it becomes dominant the power of the mind becomes apparent in all of his actions.

I am not presenting here any conventional method as believe in oneself; train one's mind to focus one's power which can have only a minimal effect.

Certain mind teasers, games, puzzles, Sudoku, chess or other mind-stimulating exercises can help you in boosting your mind power. This is because of the brain is capable of developing and reorganizing the brain cells termed as neurogenesis and neuroplasticity that are confirmed in scientific studies.

These developed brain cells are responsible for the cognitive activities and it is the foundation for unlocking more of one’s mind power. This shows the flexibility of the mind that can be trained to get what you want in life where the attention and the focusing of the mind are also enhanced.

As I said before, the concentration of mind plays a vital role in achieving these mind power in a short period of time. The hormones like dopamine, serotonin, etc. (neurotransmitters) are responsible for the alteration in the mental activities that get involved in increasing the mental capabilities.

But most of the people feel to quit certain practices involving teasing and stimulating the mind. It is not that they are unable to do it but the state of mind that does not allow them to do.

The Role of Meditation in Unlocking your Brain Power

Finally, it comes to the meditation that can directly or indirectly influence the power of the brain to a greater extent than any other means. The effective ways of unlocking your brain power are to practice the mind controlling techniques like kundalini meditation, mindfulness meditation, etc. and to train the mind in the required field.

It is a proven fact that one who practices the meditation for the first time in his life for half an hour regularly for 2 months has increased his brain’s efficiency by few percent. There will be an increase in the gray matter of the hippocampus that is responsible for the intelligence and thickens cortical wall thus improving the awareness and decision-making skill.

The meditation influences the neurotransmitters (biochemical related with various brain functions) for a greater extent thus unlocking more of your brain power.

Similarly, unleashing your mind power is a factor related to the concentration. It fact you are holding onto something needed and warding off something unwanted. It the way you are training the mind. This product is the collection of such mind manifesting strategies. It is popular among people due to its authentic productive tactics. 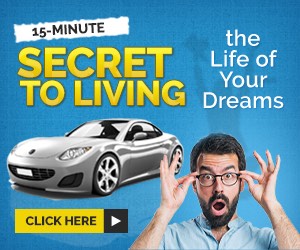 The meditation takes one to the higher levels of consciousness where he can decipher and solve all the activities that are unsolved and seems a mystery to the lower state of consciousness. (Read also Mentality of the most successful people)

The book “Why Kundalini Meditation So Special?” gives a clear understanding of such practices and more over a guide for those who seek the path in this field.