Muladhara chakra is termed as the 'adhara chakra', which means support for all other chakras. It is situated at the base of the spine near the genital organ. Kundalini energy resides here in the dormant state for common people which becomes dynamic after activation.

This chakra relates to the sacral plexus and the seed mantra is 'Lam'. It is the vibrational energy used to influence it.

The yogi's say that the chakra exists in the astral plane and its physical counterpart exists in the body related to solar plexus.

There are four major Nadis emanates from this Muladhara energy center and its symbolic representation is shown in the fig.

Muladhara chakra's benefits are that it monitors and influence the energy of the organs near to its location such as the reproductive organs, excretory system, skeletal system, pancreas, lymphatic system, glands, etc.

According to Yogic theory, there are also certain terms and entities associated with this vital spiritual center such as bija, deity, color, etc. and its correspondence with the physical plane. Remember that these chakras are present in the astral body. Its description is truly philosophical and related to the tantric contexts.

The purification and rejuvenation process of the mind and body begins from here. For this purpose, the vital energy prana plays its role. The technique used by the prana in this process is known as Pranayama.

The Muladhara chakra can be related to the center of gravity of the human body where it endows the imperishable electromagnetic orb with it.

The Muladhara chakra associates the consciousness that relates to the well-being, confidence, security, and psychological balance of a person. This also relates to the existential and survival characteristics of the person.

This is one of the significant energy centers where the real spiritual journey of a person begins right from this root chakra.

According to the Indian philosophy, the five ingredients earth, water, air, fire, and space are considered as the core building block of the materialistic world. The earth element associates with its solid nature where this phenomenal cosmos and the entities have different proportions of these ingredients.

Hence, it is the firmness, existential, being grounded, and mental stability is the aspects that relate this energy center with the earth element. This explanation is metaphysical where it metaphorically represents the quality of this energy center.

The imbalance in the Muladhara energy center can lead to a lack of self-confidence, mental instability, aggression, increased or loss of interest in the sex, problems with the spinal cord, and lower part of the body. (Read also 7 Most Effective Mind Control Tips)

The steps involved in activating the mooladhara chakra and awakening the kundalini is not as easy as building muscles by going to the gym.  Mostly, it takes years of dedicated practice. And, for some people, it doesn't show any progress.

Certainly, years of dedicated yoga practices such as the pranayama, meditation, and asanas are the key factors for the activation and awakening of this kundalini spiritual power from the root chakra. 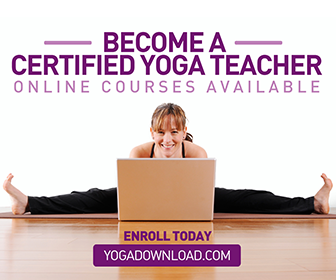 There are various yoga methods to activate this psychic center and to awaken the spiritual power.

However, the safe and effective step is looking for a proficient teacher of a genuine center. The book “ Why Kundalini Meditation so special?” gives a brief description of kundalini and assists the seekers with necessary and significant guidance that directs them in the right path freed from the ill effect and complications associated with the arousal.

The spiritual masters say that the Muladhara chakra is over-active for the materialistic and the greedy people.

This overactive doesn’t mean that their kundalini is awakened, indeed all the chakras are active in every human being but the yoga practices can only awaken it in the right path. (Read also After Kundalini Awakening, What Happens?)